Of a Wondering Snail
by Mora 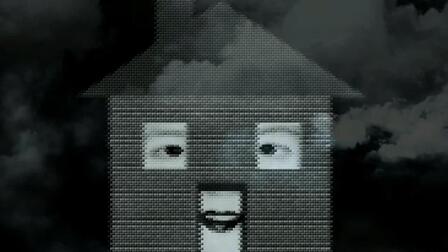 A snail named Victor was obsessed with finding a home. All his friends had one, and he was very envious.

Snail: I wish I had a home. In a nice and inspiring place where they give grants to artists. The walls would be white so I could do online teaching and youtube videos, and the windows would be large, so I could get enough sunlight for preventing possible depressions. I would finally feel like my own snail with lots of bohemian friends and freedom of speech.

He tried to live with his friend Charles the squirrel in his lovely tree trunk, but soon found out that the squirrel community wasn’t fond of a sleazy stranger with antennaes instead of eyes. Moreover, victor was too small and slow to collect the right amount of acorns to pay for his part of the tree trunk, so he had to leave.

Squirrel: Don’t get me wrong, we are very open-minded and welcoming community, but in the current political climate snails and squirrels don’t get on on the best terms. Moreover, I think we don’t even have enough art grants for squirrels let alone sleazy outlanders. My advice would be to fix the situation in the snail-land first.

He moved to rabbit friend Qi, who lived on the opposite side of the meadows surrounded by a very large number of other rabbits. Victor thought that no one would mind him there as there were too many rabbits anyway. But there was nothing to eat accept very spicy carrots, and victor couldn’t learn the rabbit language no matter how hard he tried. He also wasn’t as fast as the rabbits demanded, so with a heavy heart he had to leave again.

Rabbit: Snails are very welcomed in our part of the meadows, but in order to succeed and grow economically we need to first and foremost think about our own rabbits and their placements. Snails can come and teach our babies at any time though. Our babies like snails.

Many other places he tried before one day he stopped by the river bank and sadly looked at himself in hope that he could at least talk to his reflection in the water as on his journey he grew very very lonely.

Snail: How small and vulnerable I am. How very big is the pond. I wish the water would just carry me to a place where I can finally settle and find peace and artistic freedom.

He never saw himself before, so he was very surprised to discover something large and hollow on his back, he tried to explore it, and turned out he had the entire house on his shoulders all that time! So he crawled inside and stayed by the river finally realizing that wherever he’ll go next his home will always be with him.

Poem:
My house
Is built on the need to belong
It’s made of six languages
Hundreds of faces
Thousands of roads
It stands on three continents
Precious and proud
Of its shiny glass walls
I see future through ceiling
I hide past in the hall
But still in my house
I am always alone