Of an Airplane That Wanted To Be a Ship
by Mora 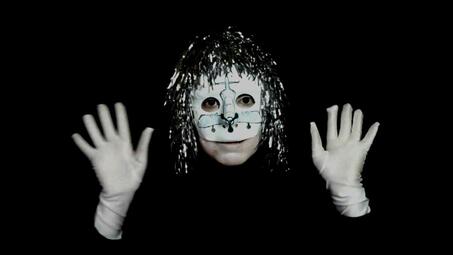 Once upon a time, there was a naive young airplane who dreamt of swimming in the ocean.

- Oh, how wondeful would it be to become a ship instead of a boring airplane. Ships have so much fun splashing in the sparkling water, talking to dolphins and all kinds of fish. And i'm just so tired of flying and seeing nothing but clouds.

He didn't like talking to his parents about this dream as they were not supportive at all. They kept saying that someone born an airplane could never be a ship, and that he should be grateful for the way he is. But the little airplane was very stubborn, and one day he decided to just dive into the ocean without telling anyone.

- I'm sure that i'll figure out how to swim the moment i touch the water. I've been dreaming of it for so long - it feels like I already know how. I wish people would truly see me as a ship, because clearly it was a mistake to give me an airplane shape for i'm too fond of water to spend my life in the sky.

On his next flight, he waited until they reached the Atlantic ocean, and began his decent. The pilot tried his best to hold the little airplane in the air, but he was way too stubborn and refused to be controled. The only thing that truly surprised him was passengers inside him who were screaming and crying in despair.

- Why are they crying? Don't they know how much fun it is to swim in the ocean?

Suddenly, among the panic, the little airplane heard a quiet voice. It was a teddy bear who belonged to one of the passengers - a young boy named Victor.

The airplane was very surprised.

- But i'm not falling! I just want to dive into the ocean and finally become a ship that i'm sure i was meant to be all my life.

- I'm very sorry dear mr airplane, but my friend victor can't swim and he can't become a ship like you, so when we reach the water he might drown and will never be able to play with me again. Dear mr airplane could you please remain an airplane just a while longer?

The little airplane started thinking. He really wanted this, but he realized that not everyone could become a ship, so for the sake of all these people inside him he had to endure being an airplane for a while longer. So he did, hoping that one day there'll come a time when everyone would be able to be who they want to.