Of a Princess and Black Knight
by Mora 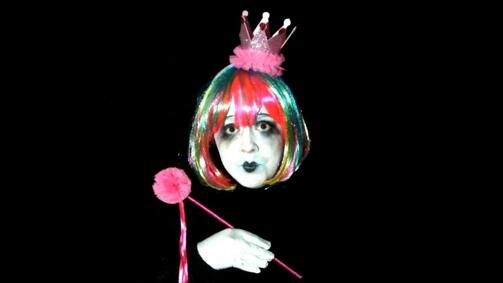 Once upon a time there was a Princess who was heart-broken, because her prince fell in love with another prince and left her.

Princess: I am so miserable, heart-broken, and lonely. I would try royal Tinder, byt I simply don't have another energy at the moment. I'd rather my suitors would compete for my attention on their own.

She threw a competition for her hand and heart in order to forget her prince. There were three rounds: of bravery, strength, and wits. Many knigths came rushing to compete for Princess' heart, and among them was a mysterious Black Knight who would always appear in a mask, but was very persistent, clevel, and talented.

Black Knight: Fear not, my lady. I came to give you a partner that you deserve. I will cherish you, but give you just the right amount of personal space. Be faithful, but not needy. Supportive, but not patronizing. And we will live happily ever after sharing our bank and Netflix accounts.

Eventually, Princess started rooting for the Black Knight in all tournament, and when the last competitor was defeated, Black Knight came to the Princess' throne and claimed her hand that she promised.

Princess: Fair Knight, I would happily give you my hand, but you must take your mask off first, as modern relationships are built on trust, transparency, and couples' therapy if needed.

So he took his mask off, and the court was shocked to see a beuatiful noble lady behind it. The Princess was even more charmed by her bravery and beauty now, so they lived happily ever after.

Poem:
morphing
sugar and morphine
your sent mixed with mine
merging
turning into fire
deforming
shapes
bodies and faces
lips and hips and
lacing fingers
and forming
a union
weaving nets and building nests
out of ghostly breaths
out of silky hear
and cautios moves
finally embracing
the unability of being you
in you
with you
for you
unable to dissolve
unable to resolve
our separation