Of Dragons and Magic Potions
by Mora 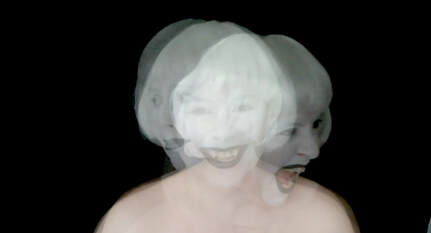 Once upon a time, there was a two-headed fire dragon living next to a small village. One head was always feeling ecstatic and obsessed with something, the other barely had the will to live. The dragon couldn’t even fly because one head always refused to, and the other didn’t want to just sit in a cave.

Dragon heads talking to each other:
- Let’s go to Argentina, dance tango on the streets and drink all their wine.
- You’re kidding me? I could barely wake up this morning.
- Let’s make a dollhouse with all furniture crafted out of tinfoil and put some crickets to live inside.
- You’re mental. There’s no point in any of that. It will be just as ugly as anything we ever do.
- Let’s listen to phantom of the opera 10 times in a row, until our ears bleed.
- You know I will start crying at the first song and you’ll never hear the end of it.

Sometimes when they argued with each other too harshly a lot of village houses would get burnt. After one such accident village people asked a local alchemist to make a potion that would calm the dragon down, and make two heads finally rest in harmony. The alchemist said he’ll be up for the task.

Alchemist: I mostly turn stones into precious metals and look for the secret of eternal youth as I am an alchemist, but if you are sure you want to hire me, money upfront.

He made a potion and sent it to the dragon with an attached letter.

Alchemist: Dear dragon, frankly we’re all tired of your inconsistent behavior. You’re a difficult neighbor, and you’re alone making our area less prestigious. Please start drinking the calming potion, 3 times a day, 2 teaspoons, or we’ll be forced to evict you.

So Dragon started taking potion not knowing that because the alchemist mostly worked with rocks, the only thing that that potion could achieve is to slowly turn him into stone, ripping him of all emotions, good or bad, but essentially resulting (as he promised) in two heads finding peace with each other. If you can call being a stone 'peace'.

Poem
i'm a home for a thousand storms.
mother of hurricanes, saint Mary of disasters.
i'm giving birth to electricity
every millisecond.
half of my body is burning
and i swallow the ashes
and i vomit the sea waves
and the ocean that is too big
to be contained
in this poor wretched porcelain creature
that is me